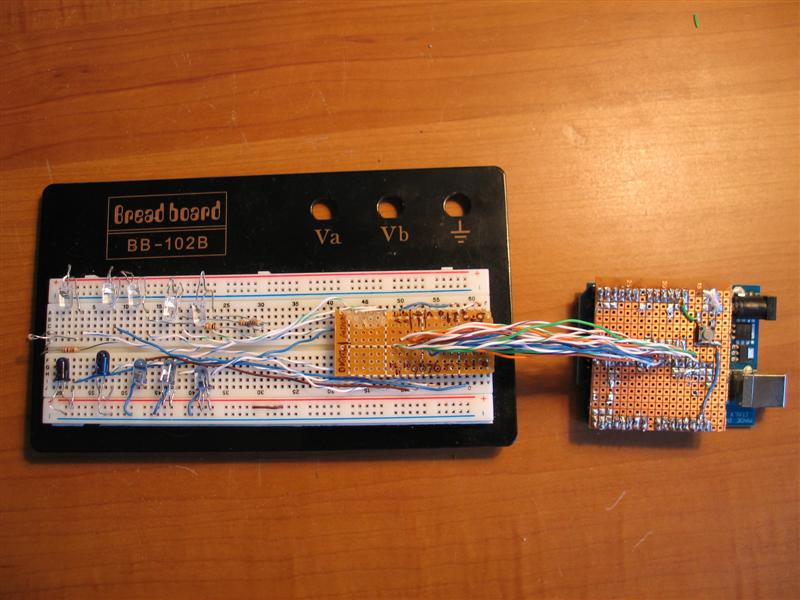 I was thinking about buying a BoArduino for easier prototyping…it’s easy and cheap, but not as cheap as I am apparently. I decided to build my own instead using an old proto board, some pin headers and CAT5 cable I had laying around. It’s not nearly as pretty, but just as functional, and I don’t need to reload my code to the arduino I plan on using in “production” because I actually built it in shield format. I’m working on a prettier version, using that as a pet project for learning Eagle PCB layout. But for now, this works just fine. 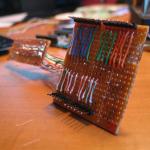 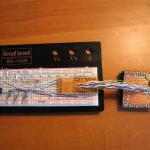 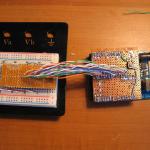